Retrospective documentary series Red Dwarf: The First Three Million Years, has been a huge success delivering strong ratings for Dave, and  overall it’s been a format that can clearly be enjoyed by both fans and casual viewers alike. As well as the mother show being the most viewed show on Dave, it seems that something with the Red Dwarf name attached brings in a healthy audience for  the channel. So, how can they capitalise on that and generate some more Red Dwarf content ?

Here’s a few ideas to make a little more from Red Dwarf. 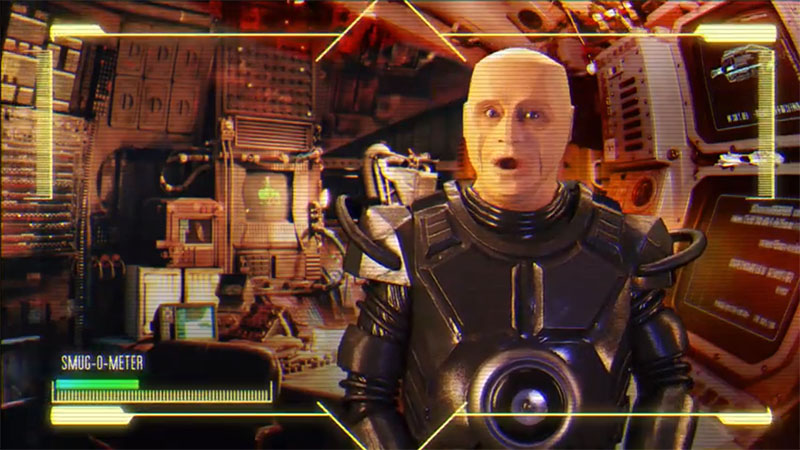 While fans of other shows only got a glimpse of the outtakes on It’ll Be Alright On The Night with a pithy introduction from Denis Norden, Red Dwarf fans got their own video specials.

For many of us, the Smeg Ups and Smeg Outs tapes, released in 1994 and 1995, were watched more times than the episodes themselves. These videos were a glorious look behind the scenes of Series I to VI where you could see the cast messing up, playing to the crowd, having a bit of fun and just being themselves. And they were important, at a time when the show was off the air for various reasons, they kept it alive, gave fans hope and showed us things that we’d never seen before.

And elements of those shows became part of the lexicon of the show with everyone knowing how to conjugate the past possible never tense as well as gaining a familiarity with the characters of Captain Bollocks and Mr Guitar. It also gave the wider cast a chance to see Chris Barrie’s impressive range of impressions including Kenneth Williams, David Coleman and other long dead celebrities.

There are now outtakes from three full series as well as ‘Back to Earth’ and ‘The Promised Land’ to choose from, which were released in their raw form on shiny discs. But they could be edited into something more substantial. All you need is a script, Robert Llewellyn in costume and day to record some linking amusing material and you could easily get three 30-minute episodes of new comedy for almost no money. It seems like an easy home run. 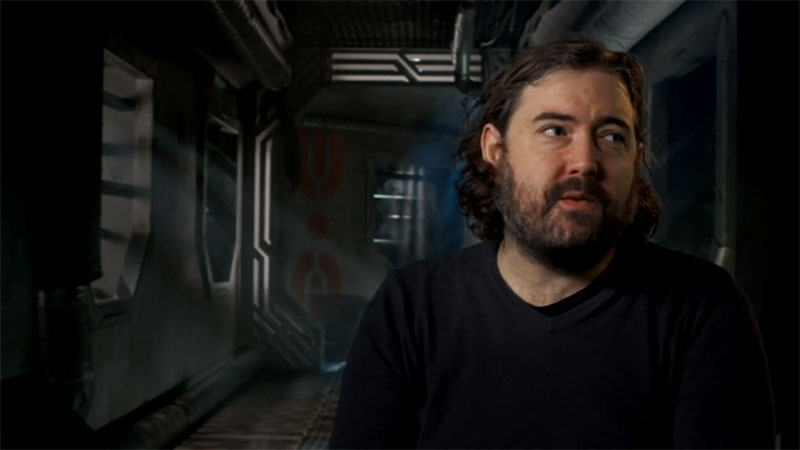 Red Dwarf: The First Three Million Years features celebrity talking heads in the form of Katy Brand, Nish Kumar and Nick Helm reminiscing about their favourite show. The thing is, they’ve said about 30 words between due to how packed these shows have been. But clearly, there are plenty of well-known faces who have grown up with and continue to love Red Dwarf. And you can get them to talk about 50 of the greatest moments from the show’s history. Now sure, we had the Red Dwarf A-Z before but this would be different. This would be numbers rather than letters. And those are better.

Now you might turn your nose up at Pat Sharpe saying how much he loved Holly saying ‘Everybody’s dead Dave’ or Louise from Eternal reenacting Lister’s bread rant from ‘White Hole’ but there’s a certain mainstream appeal to comedy clip shows and it’s certainly part of the reason The First Three Million Years was commissioned. And this year, when filming is challenging, it’s the perfect programming to put on over the festive period where people just want to sit down and watch something familiar and pleasant. 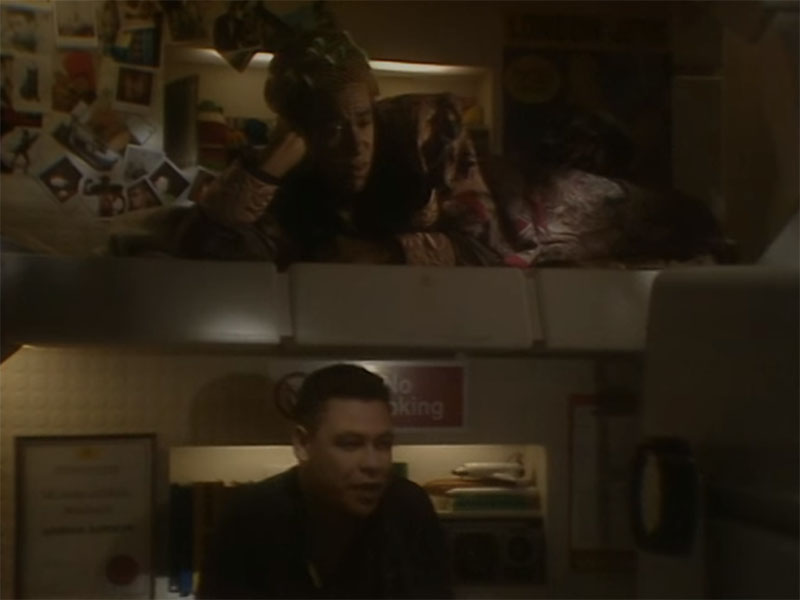 Red Dwarf coming out on BluRay was quite a big deal with the older shows upscaled to high definition. And although there’s only so much upscaling can do 30-year-old footage shot on ancient BBC Manchester cameras in 1989, it has ensured that they’ll remain in circulation on streaming and international syndication for another generation to see.

Starting with new masters of all eight BBC series would also be a great opportunity to create bespoke adbreak bumpers to give the show a clear identity whenever it’s shown. And it would clear up the weirdness of the Remastered version of Marooned being in circulation when every other episode is from the original TV run. 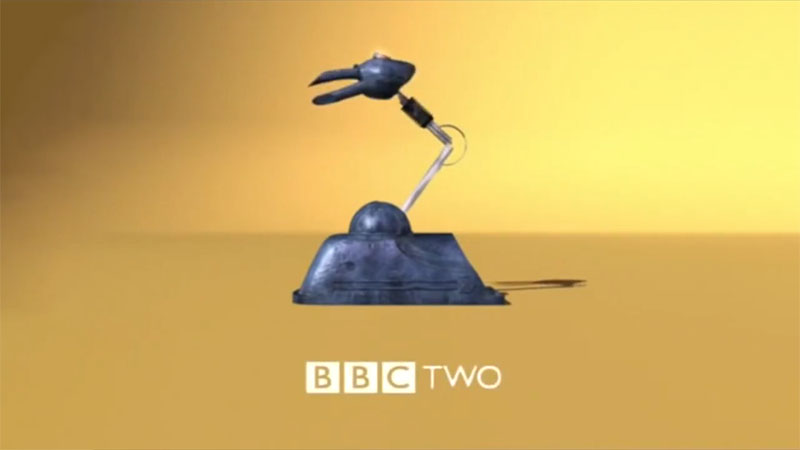 Red Dwarf Night, which celebrated the show’s 10th anniversary back in 1998, might not have been the greatest moment in the show’s history but it was far more than a bunch of episodes lumped together. It was hosted by Patrick Stewart (against the advice of his lawyer) at the height of his Star Trek fame and got the cast together in character for some improvised cooking with Ainsley Harriot in Can’t Smeg, Won’t Smeg, tested their knowledge against fans in Universe Challenge, and brought out the talking heads for the aforementioned Red Dwarf A-Z. There were even some delightful Skutter BBC2 idents which you can see here.

Now, there’s probably not the same budget now so it wouldn’t have to feature a lot of original content (a Red Dwarf Taskmaster bringing Dave’s big hitters together would have been amazing but alas that time has passed) but some nice idents, maybe a quiz and a couple of episodes would go down nicely with a cup of tea. 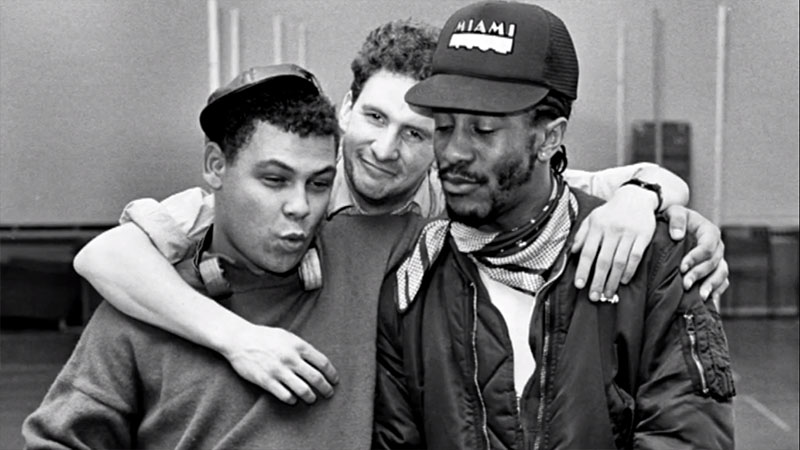 This one is unlikely to ever happen but if Doctor Who can get a drama celebrating its launch, then why can’t Red Dwarf have one for its 35? And plenty of other sitcoms have been giving the same treatment including Steptoe and Son and Dad’s Army.

Red Dwarf is at the epicentre of 80s alternative comedy. Red Dwarf is connected to The Young Ones through Paul Jackson, Saturday Night Live through Craig Charles and Spitting Image with Rob Grant, Doug Naylor and Chris Barrie and the live circuit through Norman Lovett.

Not only that, you could throw in a little bit of politics with Red Dwarf’s first series almost being scrapped by the BBC electrician’s strike, with strikes being a key ingredient in every 80s drama. Then of course there’s the north/south divide with the BBC in London refusing to commission the show but BBC Manchester willing to take a chance (a scene where Gareth Gwenlyn suggests French windows on the spaceship in a given). Throw in legitimate actors vs comedy performers and you have plenty of really rich seams to mine.

But beyond that, it would be fun to cast younger versions of the Red Dwarf cast (Danny John-Jules could probably still play himself) as well as the production team that brought it to life. And it would be a good opportunity to rebuild those classic sets and push the nostalgia buttons.

Anyone want to commission this? I can have a script ready by next Friday.