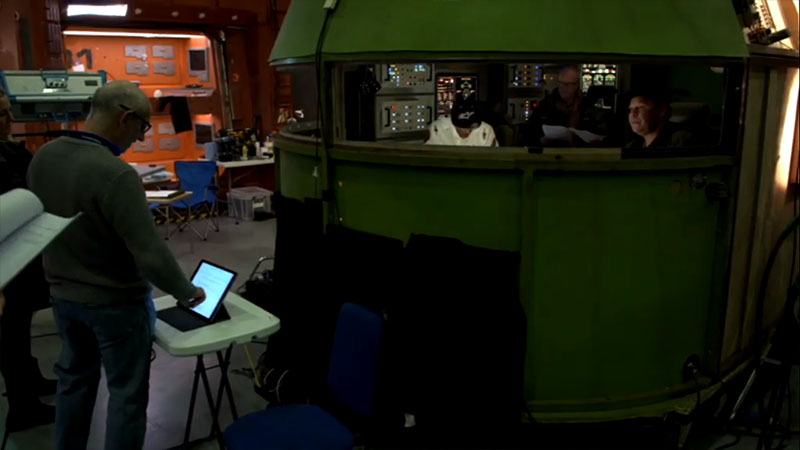 What’s the final episode of Red Dwarf: The First Three Million Years all about?

Well, nominally this episode is about the science of Red Dwarf and how it took its influence from real scientific theory. And the episode begins with sections on time travel and parallel universes and some of the futuristic gadgets featured throughout the run.

But then it veers slightly off course to feature sections on guest stars, the American Red Dwarf pilot, the fans and conventions, the return of the show to Dave and its future.

That sounds a bit random.

Well… yes. It jumps around more than an episode of The One Show. You could easily have got two hours out of this 45 minutes but it’s all Red Dwarf so it’s all good. And the individual sections themselves feel pretty strong. And Ace’s omission from the previous episode now makes sense since this one is about parallel universes. But it’s not like they cover anything in great depth.

Were there any extended features this time?

Surprisingly, there were not. But maybe that’s for the best with so much to cover. The celebrity fans really came into their own in this episode with Nish Kumar and Katy Brand talk quite passionately about how much they enjoy the science of the episodes with both waxing lyrical about ‘Backwards’.  TV science presenter and fan Dallas Campbell also talks at length about time travel and time’s arrow and his contributions are insightful and enthusiastic.

What about other guest stars?

David Ross is genuinely funny talking about how Talkie Toaster is the role of a lifetime and Ryan Gage was back to talk about jamming on guitar as Hitler. He might seem an odd choice given all the guests down the years but it’s a very funny clip from the Dave era so worth some discussion.

Any more roundtable stuff with the boys on Starbug?

There’s more of this than in previous episodes. The section on parallel universes takes a diversion so they can talk about… ‘Gunmen of the Apocalypse’ where we get to hear the story about them all riding horses when Craig slaps one and they all run off. They also talk about the fans and conventions.

Stuff about fans is usually cringey and we end up coming across as weird.

Often that’s the case but on this occasion it all seems really sincere as they share stories about how they’re recognised all around the world. There’s some footage from Dimension Jumps from down the years thrown in and the guys talk about how amazing the costumes have been and how touched they are by all the stories people have told them about Red Dwarf making a difference in their lives.

But before they go too sincere they mention tattoos of their faces on fan’s bodies: ‘I’ve got a couple of tits, a calf and a bum.’ Classy.

Was there any news of future of the show?

All of the cast said that they want to keep making it for as long as they can. Doug mentions that he thinks the 90-minute format of ‘The Promised Land’ really helped give the show new life, and given his interviews were recorded during lockdown, it might point towards where the show is heading when production resumes.

So, was it all worth it?

It’s been an very watchable if slightly frenetic watch and it’s always good to hear these people talking. The final segment about the show’s successful comeback felt like it could have covered its own episode and I’m sure fans would be keen to see an extended cut on disc, however unlikely that is. Craig Charles’ closing statement about how Red Dwarf has been with him his whole adult life and that it’s something to be proud of feels really genuine. It’s been a pleasure to be a part of that journey. Here’s to the next three million years.