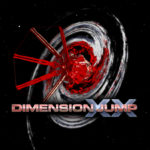 It’s Red Dwarf’s 30th anniversary year and while this event wasn’t marked by a new series of the show, or even some kind of TV special, there’s a far more important date in the Red Dwarf calendar – it’s only Dimension Jump XX, the 20th edition of the dedicated convention from the Official Red Dwarf Fan Club. And this con is marking this milestone in style with the biggest guest list yet. There were the boys from the Dwarf themselves in the shape of Chris Barrie, Craig Charles, Robert Llewellyn and Danny John-Jules along with former series regulars Chloe Annett, Hattie Hayridge and Norman Lovett as well as prominent guest stars Tony Slattery, Mac McDonald and Ian Boldsworth who also served as the best warm up ever for recent shows. And of course, there was the creator himself Doug Naylor. But what other surprises were in store for the assembled Red Dwarf fandom? Without further ado, let’s dive into social media to find out what went on at the Crowne Plaza Nottingham between the 5th and 7th October.

🚨 Ladies, gentlemen and skutters. We now declare #DJXX… OPEN! 🚨
All attendees are now free to check in at the registration desk, located in the foyer outside the main hall. #RedDwarf pic.twitter.com/G7R6yPYpSv

Any surprise guests then?

Well, a few that hadn’t been announced but this is the big one…

People of the Dwarf…

I am pleased to announce that I will be laying on some of the entertainment for #DJXX this weekend, including the Disco, and of course the infamous Karaoke Night! pic.twitter.com/nADSBekQsN

That’s exactly what Hitler would do!

Fly? I can make this thing dance

No Friday at Dimension Jump would be complete without a #RedDwarf Pub Quiz! This year, we're delighted to have the one and only Chris Barrie as our quizmaster! #DJXX pic.twitter.com/DXJtoqetgJ

I believe she’s just discovered what T-shirts are for

When your t-shirt is an answer in the pub quiz xD #DJXX pic.twitter.com/oH5grZmTwB

Nipped in for a quick one on G-Deck !!! #Parrots #DJXX #RedDwarf

There’s a karaoke bar on C-Deck

This morning's #DJXX Q&As with #RedDwarf's cast and co-creator @DougRDNaylor were an absolute hoot. The love in the room for this inimitable show is eeeee-xtraordinary. May these wonderful celebrations for #RedDwarf30 continuums… 👏 pic.twitter.com/kfu8r0VgBs

Interesting fact revealed by Hattie: they auditioned men *and* women for the new Holly for Series III. #DJXX

The 2 Hollys are presently engaged in a verbal sparring match over their respective years of service. Norman started it, naturally. #DJXX

Norm and Hattie are opinining that The Big Bang Theory lost its way once Sheldon and Amy fucked. #DJXX

Chris: "[If not for Red Dwarf] I might be a Renault salesman. I went for a job at Renault in Chiswick once. Didn’t get it!" #DJXX

Chloë gives a great answer to the ‘which other character would you play’ question; Cassandra. Craig uses it as an opportunity for a leering joke. Chris wouldn’t mind a go at Holly. Robert thinks they’re all too well suited to their roles. #DJXX

Craig: "I’ve probably spent, if you add it all up, about two years of my life waiting for Danny John-Jules." #DJXX #RedDwarf

Craig: "I bumped into Robert last week, at an awards ceremony. We didn’t know each other was going to be there! He got Tech Legend… and I got Tech Personality. I’ve never been so disappointed!" #DJXX #RedDwarf

Craig Charles when the cast were asked which other character they'd like to play: "I'd like to play Kochanski because I'd definitely give out more." #DJXX

Now Ian Bolsworth is here; his first Dimension Jump after being the warm-up man for recent series. He’s introducing Doug Naylor. None of us are worthy. #DJXX

Do you know in your head where Kochanski is?

Someone just asked Doug about the changing backstory of Kochanski.

Doug told them to ask Rob tomorrow who will give “a full answer”. #DJXX

They say never meet your heroes

I was suffering big time with the hangover. You can see the pain in my eyes. It hurt just to smile.@bobbyllew @DougRDNaylor @normanlovett1 pic.twitter.com/VuCQy6AN3Y

THREAD: Meeting People at #DJXX – A wonderful weekend so far! Great experience all round! Can't wait till tomorrow!!

Does it involve dressing up?

Our winner, Helen Stevens, as The Rimmer Experience! #DJXX pic.twitter.com/G44S9QR1A7

What an amazing weekend! Thank you so much to the awesome @TORDFC_DJ team for organising this epic event. I also managed 6 costume changes #reddwarf #dimensionjump #reversebrothers #rimmer #concubine #cat #lister #kochanski @DougRDNaylor pic.twitter.com/dp0RjSxsZe

Is there a portable walrus polishing kit?

Some absolutely AMAZING items in this year’s auction. I wish I could afford some (all) of them. #DJXX https://t.co/AN2diBotYX

And it’s the caberet. Norman Lovett takes the stage. He’s complaining that the lighting is not suitable for comedy. #DJXX

And it’s the caberet. Norman Lovett takes the stage. He’s complaining that the lighting is not suitable for comedy. #DJXX

Norman Lovett has taken full advantage of his stand-up set at #DJXX to show Doug Naylor & Paul Jackson up over Holly being in-vision. Probably a unique Dimension Jump moment.

It’s good of Danny to turn up so early after getting to bed at 3:30am from the Strictly recording. His feet are so swollen from training that he can only wear sliders…! #DJXX

Danny is talking sadly about the death of light entertainment. Mike and Bernie Winters get a namecheck. It’s nice to hear him talking about stuff in a wider context than he usually does. #DJXX

Ah, you can’t please everyone?

Mac McDonald: "My character in Aliens, Simpson, and Captain Hollister, are very alike. They're both schlubby." #DJXX #RedDwarf

Mac expresses his bemusement and disgust at Trump being POTUS and concludes that he’ll be sad when he goes, due to his comedy value, but he’ll feel a lot safer going to bed at night. #DJXX

Rocky is talking about how the original lettering on Starbug was done using Letraset, which applied very well to a curved surface. It’s more difficult to do the lettering now without it. #DJXX

Still cannot believe I won 15 to 1! What a seriously magical weekend this has been. #DJXX pic.twitter.com/cUkjSOaLvc

It's the moment we've all been waiting for. It's time to go back 30 years as @realrobgrant, Paul Jackson & Ed Bye discuss the early days of #RedDwarf, in conversation with @InfiniteHermit. #DJXX pic.twitter.com/w6KbuO0s8W

Rob Grant: “There’s all this love for the work in the room… it’s quite humbling.” #DJXX

I knew Paul Jackson was cool, but I didn’t realise he could work a room AND remember individual fans… #DJXX

Paul Jackson loved two things about The End. One: the cheek of calling your first show The End. Two: the entire concept of The Cat. #DJXX

Rob Grant: “Character, plot and situation are all linked… they have to be chemically linked to make sense.” #DJXX

Paul explains that ‘smeg’ was never questioned by BBC management. “You can’t say ‘bloody’, but you can say ‘foreskin juice’”. #DJXX

Paul & Ed explain that Norm’s insistence on being in-vision meant they had to re-shoot; the only time Ed used a crane in the studio. #DJXX

Rob finishing an ancedote about Claire Grogan telling a dirty joke; “It was very funny, but I also orgasmed.” #DJXX

Out of so many, this is probably my favourite moment of #DJXX, with Ed Bye, Paul Jackson and Rob Grant doing a live commentary of ‘The End’. https://t.co/fbxFwNqfdG

So the legend Craig Charles had to leave early, but not without working back down the queue to make sure everyone got his autograph… #DJXX pic.twitter.com/d1lwWA4rdz

Doug and Rob back together finally! Well, next to each other. On a piece of paper… #DJXX #reddwarf pic.twitter.com/iHkJAnJUc2

Well deserved. Take a bow everyone at TORDFC

So #DJXX is packed away and the pizza has arrived! It's time for us to sign off. Thank you all for helping us to make this a smegging awesome event. See you all next time! #RedDwarf pic.twitter.com/B40w9eqg9E